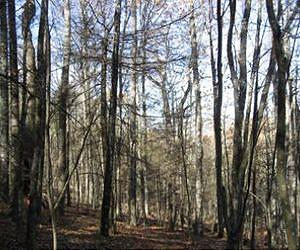 Robert Eggers debut film The Witch is a masterpiece.  Precisely because it is not the typical action-packed Hollywood horror movie it is far more realistic and terrifying.  Eggers has created “A New England folktale” that is seen through a seventeenth-century lens.  We experience the slow-fuse tension in the same way as the Puritan characters.

The plot is fairly straight-forward.  A family is banished from their village because of differing religious beliefs.  They find a remote spot next to a forest and build their home.  A few years later a baby boy joins the other four children, but he disappears beside the woods while his sister Thomasin is looking after him.  This triggers a series of events that suggest Satan is at hand in various guises – a mysterious wood witch, a curious hare, a sinister black goat, and perhaps one of the two daughters.  Things go from bad to worse until the family are split apart by suspicion and quarrels.  One by one the members die until only one virgin is left to fulfil her destiny and join the local coven of witches.  Satan emerges as the victor because he has wrestled these Christian souls away from God.

Several things make this movie stand out from others in its genre.  Firstly, the historical accuracy.  Eggers and his crew have gone to great lengths to recreate the costumes and sets of the early Colonial period.  Then there is the superb attention to detail, especially in adhering to traditional religious beliefs and occult superstitions.  Thirdly, the wonderful cinematography recreates the beauty and wildness of the remote countryside.  Another strength is the convincing cast, particularly the child actors involved.  Further, I enjoyed the accents and dialog that made the period more authentic.  And finally, there is the originality of the tale.  The Witch takes us back to a time when people believed Satan was a real presence stalking the earth in search of vulnerable souls.  The magic we see is evil, harrowing, and deadly; it seduces and corrupts the innocent.  And sadly, the dark side wins.

Unlike many other supernatural films, The Witch does not show a group of beautiful women dabbling in magic for their own gains.  Eggers makes the horror lie in the fact that no matter how Christian or good one might be, the Devil will always find a way to claim those he wants.